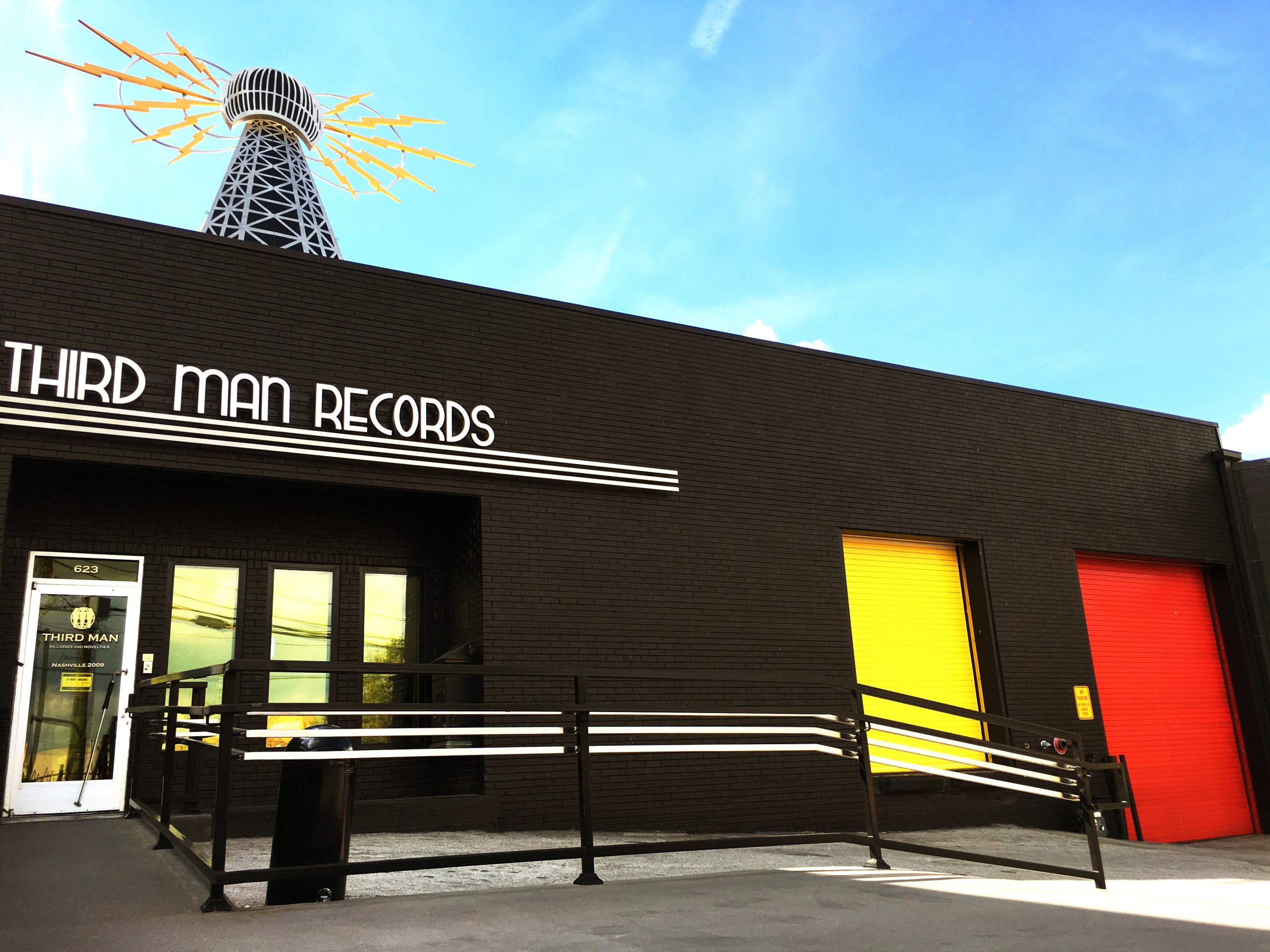 Spanning two addresses and more than 10,000 square feet, the Third Man Records Nashville headquarters is inarguably the most detailed, in-depth and wide-ranging design work White has ever undertaken.

White bought the main building (623 7th Ave S) in October of 2008 and immediately assembled his preferred team of collaborators (carpenters, architects, painters, fixers) in a furious reimagination of the space that had previously served as a somewhat dull office/photo studio.

By March of 2009 Third Man made it’s public unveiling and just one month later, on Record Store Day, the storefront would open to a line of fans and looky-loos eager to see what treasures lay inside.

The growth of both Third Man’s record label endeavors and its other operational expansions led to the purchase of the former Stuttgart South automotive repair shop next door at 621 7th Ave S in 2011. Serving primarily as warehouse storage and office space, White concocted the invented backstory of the building having previously served as an industrial factory (with mock blast furnace) and then later as a motel to drive the narrative and design choices.

From dark room to live performance stage, vinyl mastering to climate-controlled master tape storage, direct-to-customer mail-order to hospital kitchen…the Third Man Nashville headquarters is a dizzying array not only of function, but of eye-catching design and decor that over twelve years on continues to wow and impress all who walk through the door.