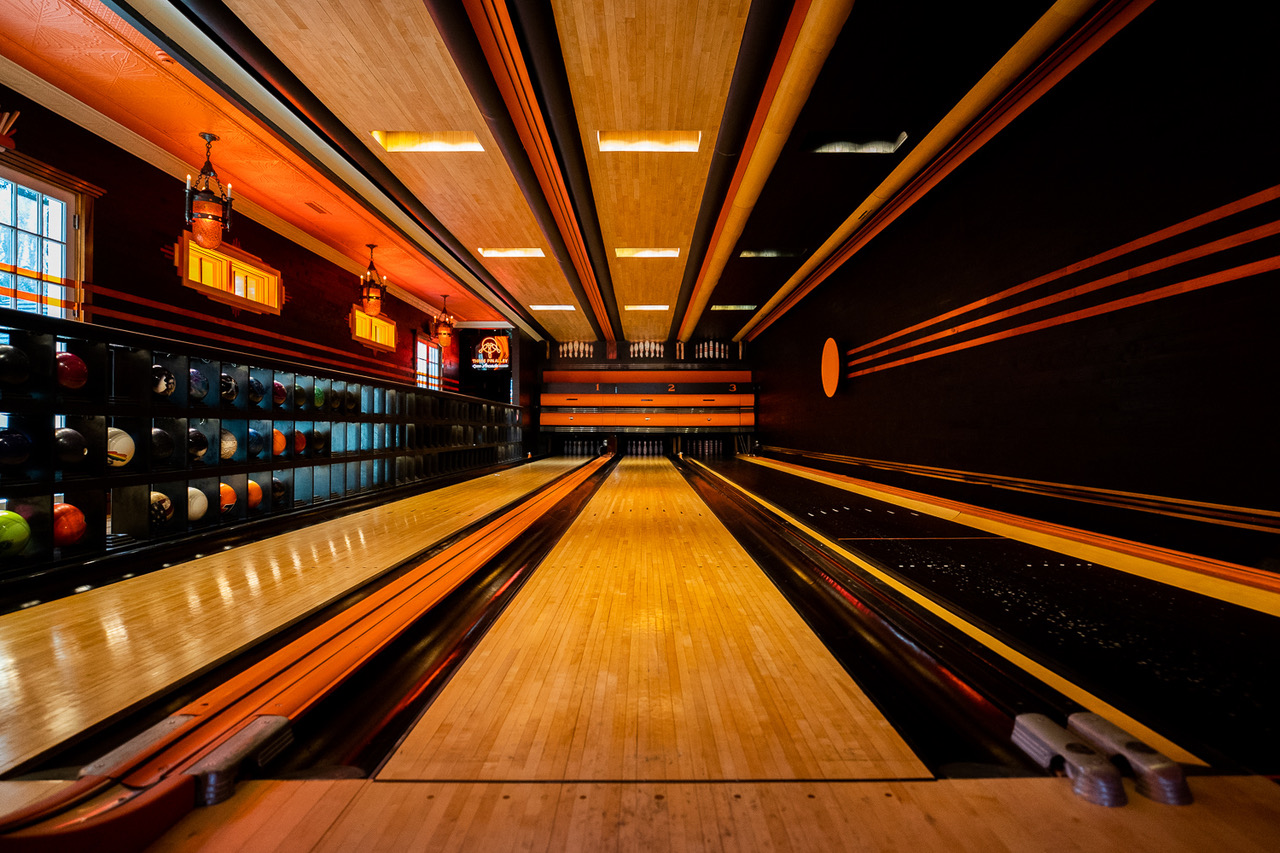 A professional bowling alley and bar/lounge designed by Jack White that took over a year and a half to complete. The alley contains two lanes of standard bowling and one lane of Candle Pin (a variation common in the Maritime states and provinces of North America). The Candle Pin lane was designed with black flooring instead of natural to set it apart.

One of the more interesting facets of the design is that the lanes are also constructed upside-down on the ceiling directly above the actual lanes.

The alley and bar contain numerous secret designs. For instance, when a particularly loud strike is achieved it triggers microphones on the lanes attached to noise gates which make the strike echo throughout the sound system of the space, interrupting whatever music is playing! There are various and unique coin operated contraptions abound.

The bar (nicknamed “One Step From the Gutter”) has an art deco train car design on the ceiling made of used gutters from an abandoned bowling alley. Three stripes of inlaid wood traverse the perimeter jumping through walls and turning into window tint and paint at times.