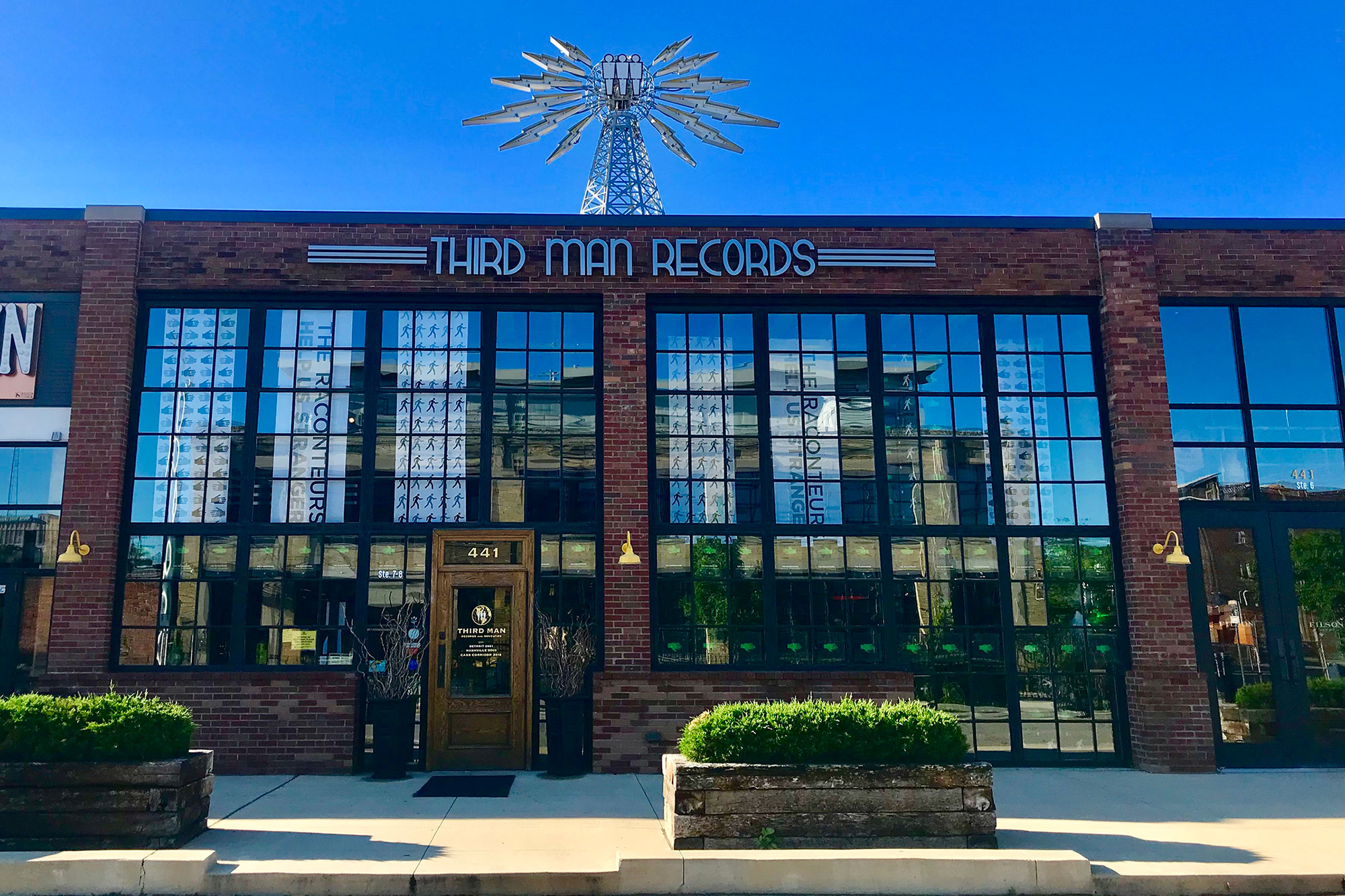 In 2015, White bought the former 1920s Olds Motor Works Service Center building at 441 W. Canfield and immediately began conceptualizing a design to transform several spaces at the Detroit site. This would give TMR its first physical footprint in the city, White’s largest single location design project to date.

During the opening of the Detroit store in 2015, it was announced that Third Man would also be opening a vinyl manufacturing facility directly behind the retail space. White was adamant about creating a literal light at the end of the tunnel, a long hallway to be discovered by visitors that led people back to an all-glass atrium overlooking a soon to be 11,000 square foot custom vinyl pressing plant. The mission was to build it, let people stand in it and if they can watch, hear, and smell the records being made, we will instill the emotion of reverence for the medium of vinyl.