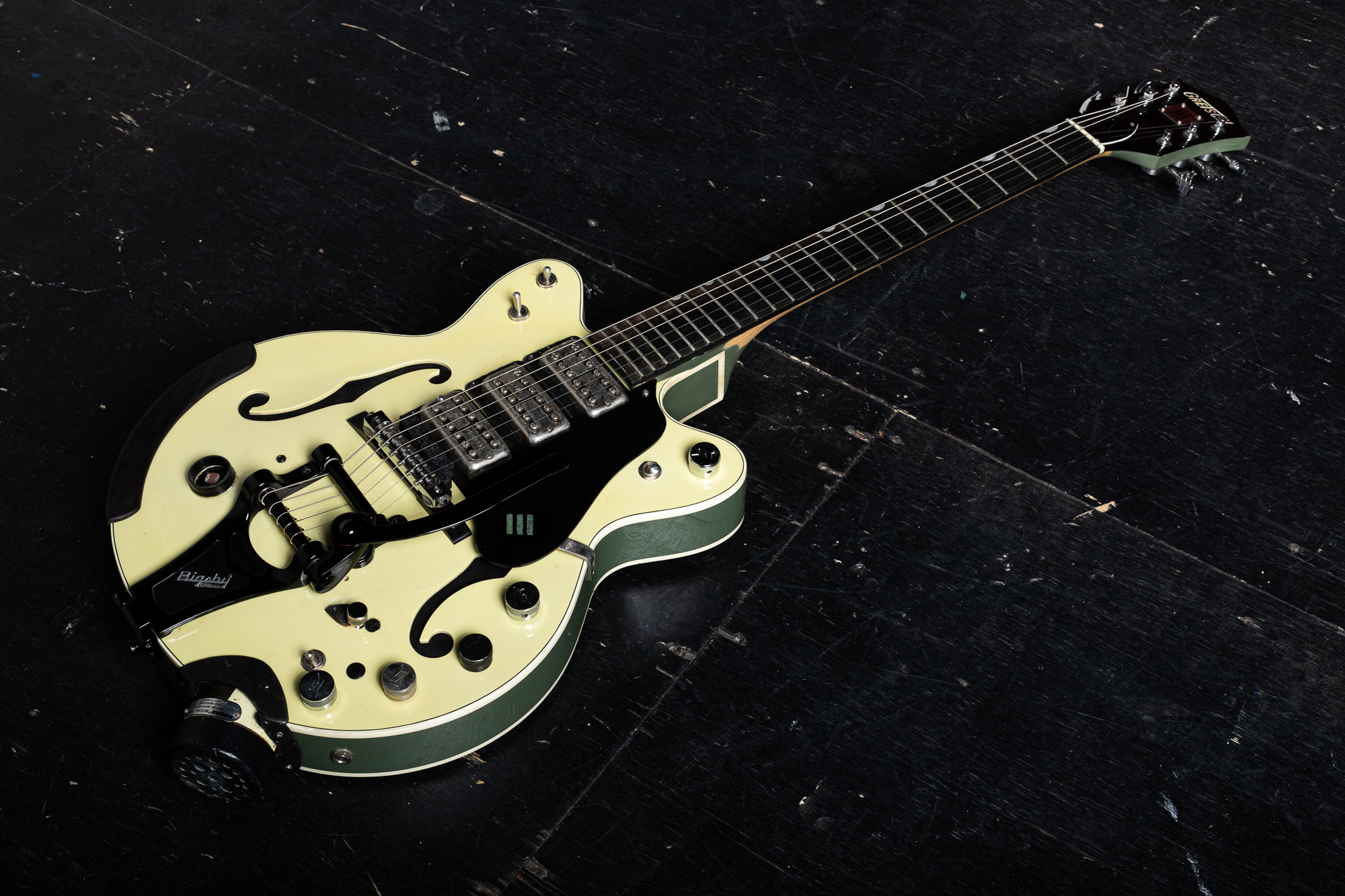 The Triple Green Machine was designed by Jack as a series of ultra modifications to a standard Gretsch Anniversary Jr. guitar, all implemented by master luthier Randy Parsons.

The most important design idea was to have a green bullet microphone that could be pulled out of the guitar and sung through, but utilizing a cord that would retract once released. Parsons researched and ultimately utilized a small vacuum cleaner cord retractor to put this idea into action.

Jack’s receipt of the completed Triple Green Machine (and his resultant reaction to it) is featured in the film documentary It Might Get Loud.