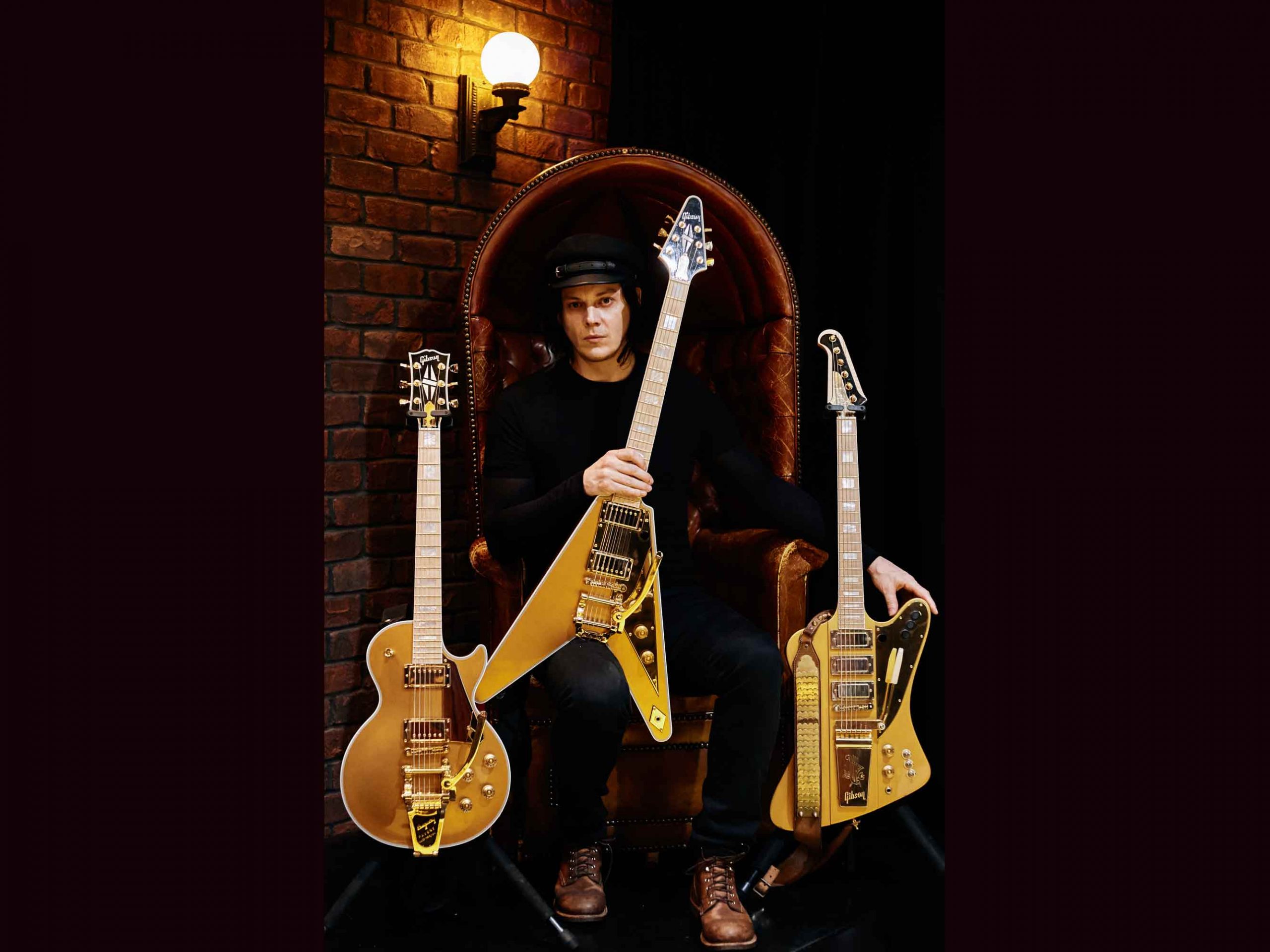 These three Gibsons came out of a happenstance situation for Jack. The Gibson guitar company was sponsoring a Grammy Recording Academy Event and offered Jack a free Gibson guitar of his choice. Jack asked if he could have a Fort Knox model Les Paul which was a special run using all golden hardware on a gold top Les Paul with the special addition of an all maple neck and a cut off interruptor switch in the pick guard. Gibson was happy to oblige but as a surprise also brought a matching Flying V model guitar as an extra surprise.

Feeling unsteady to have only two of these golden guitars, Jack then paid for a third, a combo customization to Jack’s specifications of a Skunk Baxter model Firebird given the “Fort Knox” treatment completing the three golden Gibsons collection. These guitars have been used mostly in the band The Raconteurs as well as some small solo moments. The Les Paul Golden Gibson, with its heavy custom maple neck, is said to be in the running for Heaviest Les Paul to ever leave the factory.