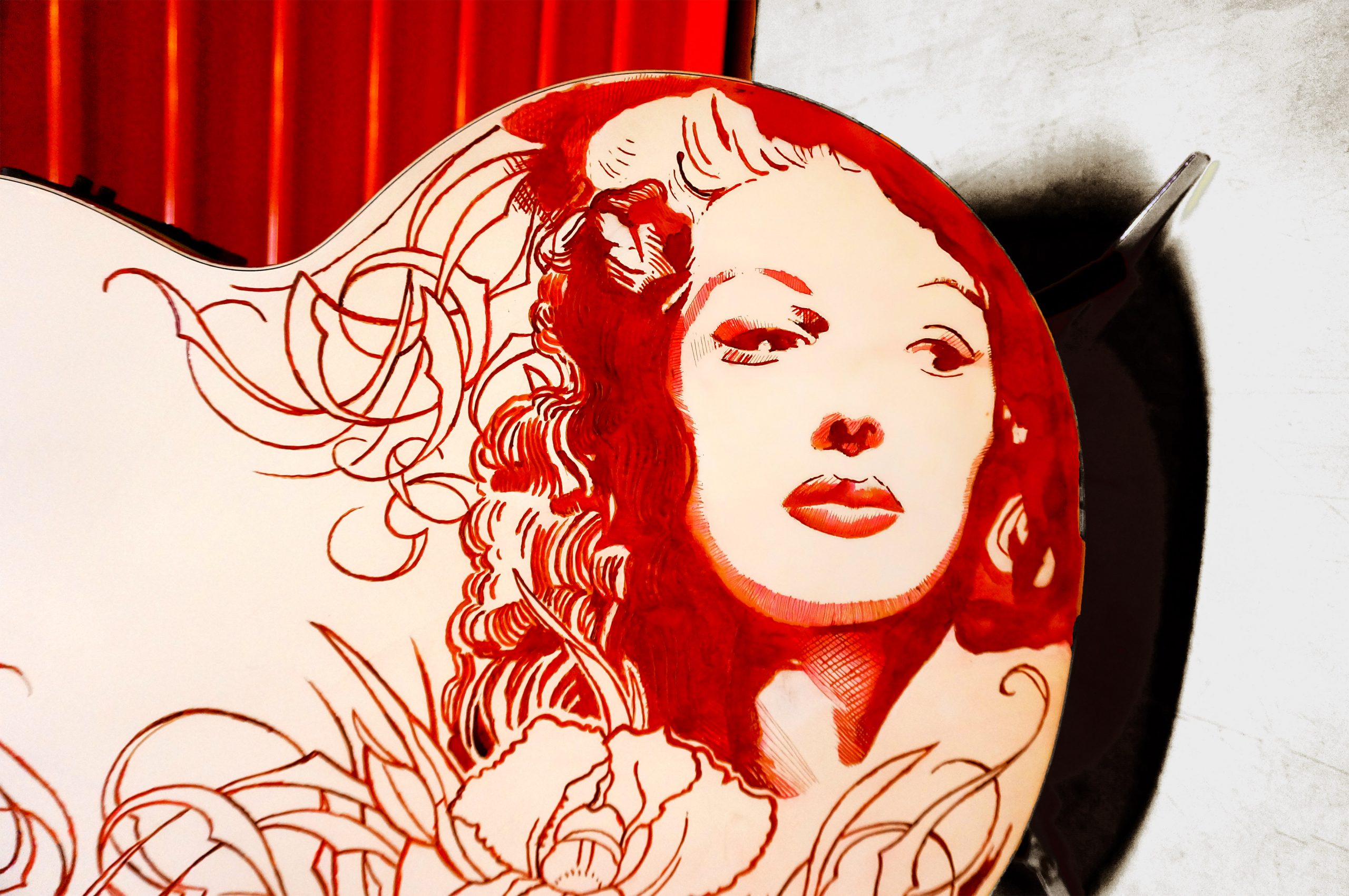 “Rita” is a design in tribute to the film great Rita Hayworth, a tremendous influence on Jack White’s creative life over the years. Rita was the second in the “Three Women” acoustic guitar design trilogy. Intended to be played solely in White’s band The White Stripes, Rita was broken-in on the 2007 touring in support of the band’s final studio album “Icky Thump.” Seen in many of the videos, promotional photos and live shows of that era, Rita was the lone acoustic guitar Jack would play during this period. The guitar is a “White Falcon” version of the Gretsch Rancher acoustic model with the standard gold flake trim replaced with sparkly red vinyl. Kore Flatmo refined his unique wood burning tattooing technique and elevated the beauty of the piece with a stunning woodburn of the face of Rita Hayworth on the rear of the guitar.

Rita is visible in such places as the concert film “The White Stripes Under Great Northern Lights” and videos such as the single ‘You Don’t Know What Love Is.”