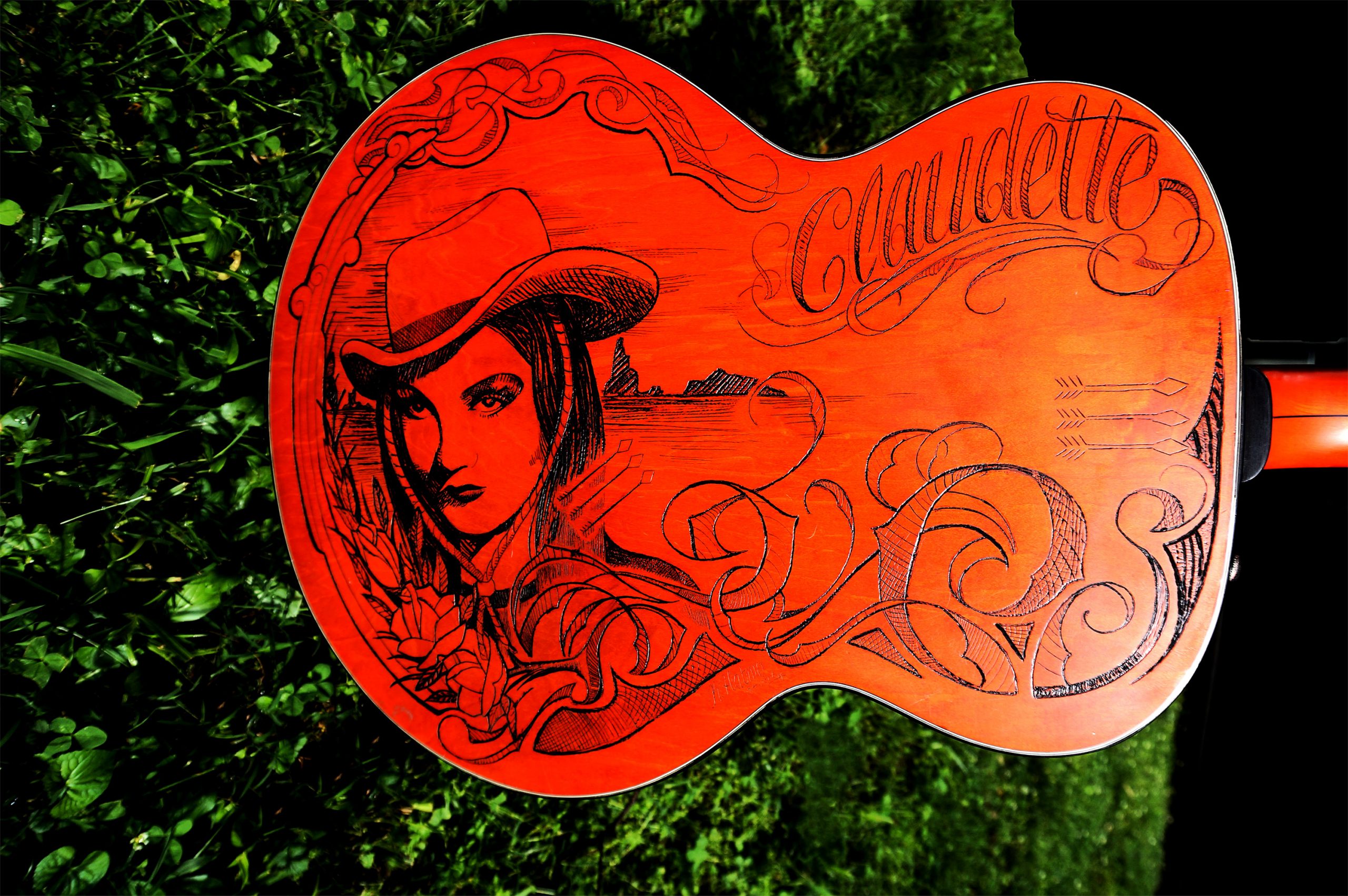 “Claudette” is the brunette of the “Three Women” guitars designed by Jack White. Claudette began as an off-the-rack Gretsch Rancher and was the first of the set completed. Jack wanted an accomplished tattoo artist who would be up for the unique task of implementing deep shading tattoo style to wood burning on the body of the guitar. Raconteurs drummer Patrick Keeler recommended renowned tattoo artist Kore Flatmo who happily accepted the challenge. The concept was not only to burn the image of actress Claudette Colbert into the back of the guitar, but also to utilize additional cowboy imagery on the sides and top of the axe. The original Gretsch Rancher of the 1950’s came with steer and cactus-styled fret inlays. The modern version still retains those design flourishes and the wood burning reflects this cowboy style with Jack giving Flatmo free reign to draw and burn any Western motifs he could dream up.

The result is the brunette “Claudette” which has been used mostly in the band The Raconteurs as well as solo outings such as Jack’s appearance in the Rolling Stones film “Shine a LIght” directed by Martin Scorsese.