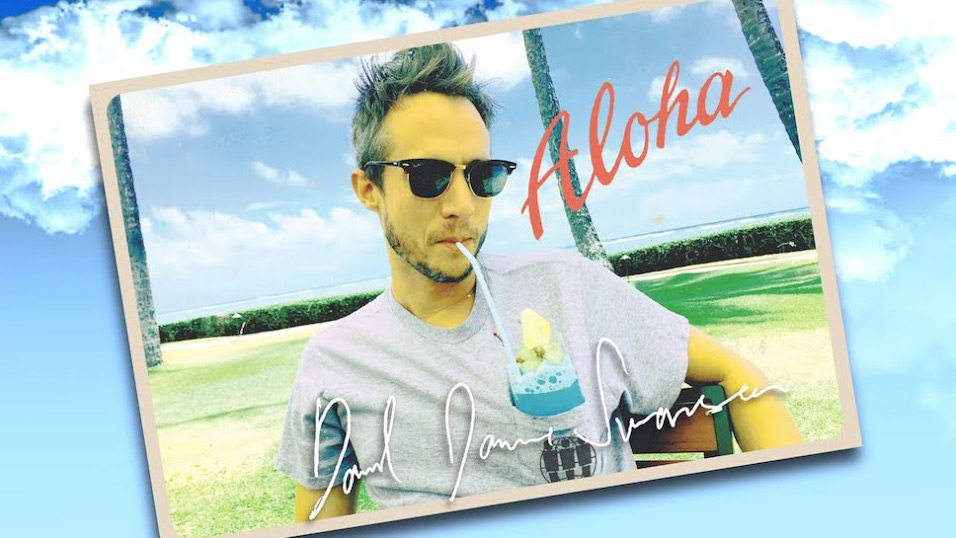 David James Swanson: A Life, A Dream, A Pocket on a Shirt.

It’s a tale as old as time: a special child with a remarkable vision has his dream repeatedly squashed and stepped on only to become victorious in the end. David James Swanson (acclaimed photographer, director, singer of Whirlwind Heat, cheeseburger lover and clothing designer) was one such child and is now one such victor. His vision? Pocket T-Shirts. His detractors? His mother, his peers, his tour mates, his band, cheeseburger flippers, and a man named Jack White III.

David has been wearing Pocket T’s for as long as he can remember… ever since he invented them as a very young boy. Why? Because they are practical! They are chic! And, goddamnit, he likes them! Oh! The items you can put in that trusty breast pocket! Memory cards, boarding passes, guitar picks, phone numbers handed over from women of great taste, and, of course, the occasional tiki concoction when the location is Pacific and the mood is right.

One such occasion presented itself recently… David was in the Aloha State with Jack White’s gang, and after many, many weeks of traveling, found his suitcase to be void of clean pocket t’s. Where would he collect shells and sea glass? Where would he put his macadamia nuts for easy snacking? Where would he rest his Mai Tai?! Why, out of the hundreds and hundreds of t-shirts the crew lugged around on tour, was there not a pocket to be found among them? It was time to preach the gospel of the convenient, cotton pouch to the masses. It was time to bring the idea of the Pocket T to Third Man Records.

Jack and his team initially balked… Never would a record label of such esteem with such a taste for whimsy stoop to printing such a utilitarian item! Once David showed them proper placement and insisted on his vision, and after much, much deliberation and hundreds of hours of conversation and strategy, Third Man Records came around, and dare we say, it’s the best decision we have ever made.

To celebrate seeing the light, we are releasing not one, not two, but THREE colors of the David James Swanson Third Man Record Pocket T: White, Grey, and Black. We are also releasing a limited edition Pocket T in black with metallic GOLD ink and David James Swanson’s signature gold chain printed on the INSIDE of the shirt (no self-respecting international man of mystery wears his gold on the exterior of his pocket t). The limited edition Pocket T comes with a very special flexi disc (!!!) featuring a brand new Third Man sanctioned, one-time-only Whirlwind Heat cover band… HAWAIIAN HEAT!

Produced by the surf rock songstress Olivia Jean and recorded by the least Hawaiian guy we know Joshua Smith, this limited-edition flexi disc features 2 Hawaiian versions of Whirlwind Heat classics (“Pink” and “Orange” from the 2003 release (and 2013 re-release) Do Rabbits Wonder?). These hula-rific hits are performed by Fats Kaplin on lap steel, Dominic Davis on bass, and Rachael Davis on Ukelele and vocals, and Olivia Jean on acoustic guitar, and never has a piece of clothing inspired such a transcendent tribute. The flexi disc (TMR323 for you completists out there) is ONLY AVAILABLE to those who are ready to embrace the limited edition Pocket T and spread the gospel of its many virtues. All versions of the Pocket T-shirt are available at Third Man Records in Nashville, TN. The three regular edition Pocket T-Shirts are also available online.

Take a moment to view the short film above, directed by former naysayer and current “I-guess-it’s-okayer” Jack White III, which brings to life the struggles of the aforementioned boy with a dream…