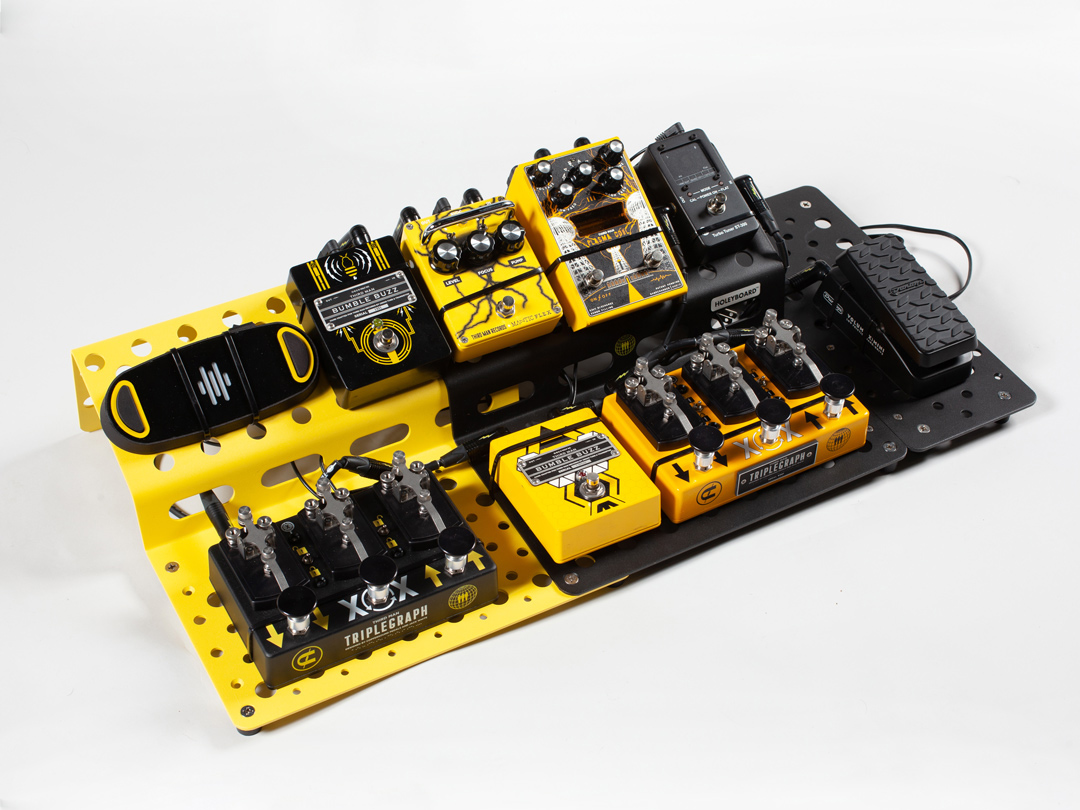 Third Man Hardware has had many collaborations over the years with numerous music equipment and effects pedal companies.  The designs of this various equipment are usually a collaboration between the company, Jack White and Third Man’s hive of designers.

Most effects pedals are released in two versions, one as a limited edition yellow color based version, and another as the standard black painted version which stays in stock for as long as possible.

Jack oversees the designs and encourages them to be unique. The intent is to have something that isn’t offered in that company’s normal version of the effect.